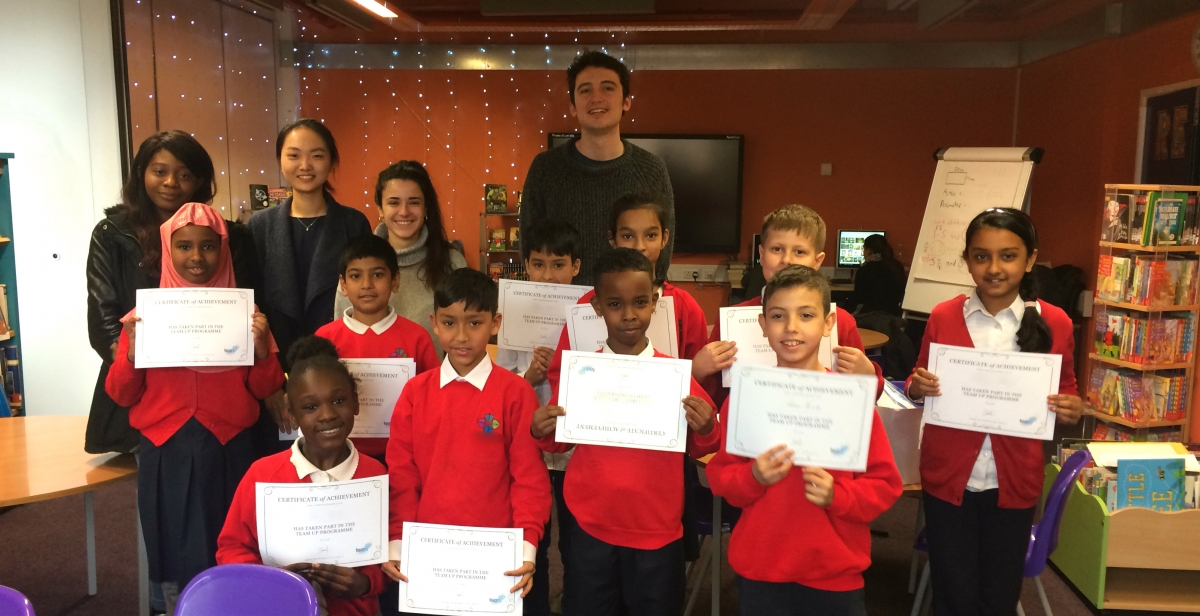 In September 2017, Team Up began a new chapter with the launch of our Key Stage 2 pilot, aiming to help pupils from low-income backgrounds in Years 5 and 6 move towards their expected standard in either maths or writing. As in our secondary partner schools, we aimed to achieve this by matching them with our inspirational role models, using small-group tuition to build their confidence and address academic weaknesses. After two terms, we’re pleased to announce the roaring success of the pilot!

Why move into primary school?

The government’s analysis of the 2016 SATs revealed that an attainment gap still exists for pupils on free school meals - a difference of 21 percentage points. Team Up’s mission focuses on improving the life opportunities of pupils from low-income backgrounds, and the chance to close that gap couldn’t be passed up. We hope that by bringing pupils closer to achieving the expected standard at the end of Year 6, the children we work with will move on to secondary school feeling more confident, motivated and able to step onto the ladder to GCSEs and beyond, with the academic and personal skills they’ll need to do well.

Over two terms, we ran thirteen programmes across eight schools, reaching over eighty-five pupils, around half of whom continued on our programme for two terms. Pupils attended one hour tuition sessions, usually during or just after the school day, working in groups of three or four with their volunteer tutor.

The outcomes were fantastic. Team Up expects that pupils should make at least 7% progress across a term (one third of a grade), and, on average, our pupils achieved more than double this rate.Those who stayed on with us for two terms increased their test scores by 28%. One incredible success story, Shola, made five times the expected progress in maths and soared in confidence between September and March.

In surveys, 87% of pupils agreed or strongly agreed that taking part in Team Up made them feel more confident about their subject, and pupil enjoyment was rated as 4.4/5 .

What do our pupils say?

Team Up gave me the confidence to pass my SATs at the end of Year 6.

I’ve changed my attitude towards maths. I used to hate it but now I like it!

We’re so happy that our primary pilot has got a gold star of approval, and that we've made a big difference to the pupils we worked with. We’re looking forward to expanding our primary programme from September 2018, when we’ll be introducing our new reading curriculum in addition to writing and maths. If your school would like to partner with Team Up, drop us a line at school-partnerships@teamup.org.uk.